I started the new year as everyone has with an unsure running schedule as it relates to races but I have put together a training program based on building a different type of base. It sure helps being able to run or workout during daylight hours, a major advantage of being retired in MN where our winter sunlight hrs are limited. Great news as to my running program, it worked through January as shown below:

What you can see is I have miles recorded for every day except Jan 8th but notice the two shades of green, the olive shaded are my runs and the yellow green are walks. Yes I am adding walking as my cross training at least during the winter months. My theory is getting time on my feet without damage or injury and if my legs or body is too tired to run usually a walk is just fine plus it allows me to plan off days. Part of what I want to see with my walking is faster cadence as my old ultra running buds (Rick, Wayne & Karen) all used to harp on walking fast during ultra's  and that you had to teach yourself to do so. My running is still leveraging the Galloway method and although I have seen improvements in my shortness of breath and coughing, it's still a work in progress but I am seeing progress and am hopeful by summer I will be able to run non-stop for a few miles

Right now I am hoping to run FANS 12 hr and then do some marathons in other states and maybe in MN this fall/winter. Of course, we need COVID to get checked for these fall events to happen.

That's it for now, hopefully more posts will follow.

I realized I never posted a handful of posts from last year as well as previous years along with my race plans for this year.

One of the posts that I didn't post was on my 2020 plans so I figure I may as well start with it albeit an amended version :-). Here is what my plans were looking like last December, I thought a few might not happen but I sure missed the why.......

I knew I would have time as I was planning on retiring in March. Well then the virus hit and all plans have changed. I ultimately delayed my retirement start to mid May, not directly because of the virus but I wanted to help my project reach a milestone and staying helped the team.

The good news is I am now retired and my running has been very positively affected.

I had already signed up for Med City, Grandma's and the Ultra Loony before things hit, all are now virtual events.

I have completed my virtual Grandma's, longer story there so expect that in the future but I wanted to get this post out so I can begin to capture my running adventures again.

I finished my 15th TCM and truth be told it was a disaster, my worse TCM ever. I barely beat the sag wagon but I did hold on and got an official finish.

Here's my quick overview, the Saturday events were canceled so my Ultra Loony streak ended or I guess get's an asterisk. It was disappointing but the weather was bad, windy and rain and they were concerned with lightning so I think Twin Cites in Motion made the right call, they reacted quickly and their communication was great. They are giving a 10 coupon for a future race which is about all they can do as they had already paid out everything, I will be curious if those of us doing the Ultra Loony or Loony will get 2 coupons. Anyway, for me this was a bad start to the weekend.

Sunday morning, I felt ok yet had this feeling that something was off. I really just felt off, I figured it would pass as the race got going but it did not and things just kept getting worse.

As the race was getting ready to start, I had a headache and I knew I didn't have any advil, it was a pounding one (I seldom get headaches so not good). Then to get me even further off mentally, I figured out by mile 1 that my phone GPS was screwed up which is somewhat normal for TCM but it was off the wrong way. Sometimes at TCM it doesn't register so you hit mile 1 in the race but not on the GPS, this time it was off the other way I hit mile 1 well ahead of the mile 1 marker and it continued to be off over the coming miles, ugh. So this again played with my mind as I had no idea of my pace. I knew with my walk/run I should be ok but not what I needed. My next issue when I was thinking about the GPS, I went up the hill at mile 2 and focused on managing my breathing and then realized I had forgotten my inhaler which I needed later

It was a beautiful, sunny day without a cloud in the sky, which exacerbated the headache, I did get some Advil from my wife at Nokomis and then shortly after that crossed the halfway point, my GPS was slightly over 14 miles (ultimately it registered 28.7 miles for the race). Around mile 16, I started having calf cramps which limited me further as the race went on.

Ok, with all of those minor things, I was mentally thrown off but I got through it.

I will reset myself and head to Mankato where the goal is to simply stay relaxed and enjoy everything.

I have debated getting my blog going again but I think my issues with my running and my stress from work and life have just taken my desire to write anything away.

Well I have progress to report on my running and my work.

With my running I have had issues breathing and coughing since I was sick in January of 2018, I had a nasty flu with an even nastier chest cough. I had just switched jobs at work and it was a month after my brother had died. After I recovered or thought I had, every time I tried to run I had an uncontrolled coughing attack and experienced shortness of breath after only a minute of running. It was winter in MN which didn't help but it didn't bother me as I told myself it can take a few weeks and I am just reacting to the cold air. We went to Florida in Feb and it was worse then in MN, that caught me off guard, I continued to depend on the Galloway run-walk method to get my training in for my upcoming marathons. Although, I tried to run in April, May and June without being able to, it was weird and very bothersome. As although my brother had died of lung cancer he had other lung issues and oddly enough his issues had started 5 years before his death after being extremely sick. My brother was 5 years older than me so I can admit know this cough and shortness of breath had me a a little nervous. 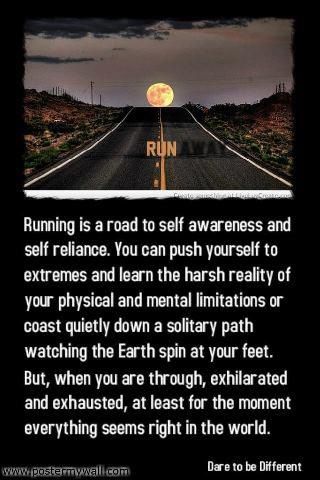 The good news is in July of 2018 I started seeing Dr's, turns out my lungs and heart were given a clean bill of health (of course this took many months seeing multiple Dr's and having way too many tests) but I was not able to run beyond a minute, two max. Well after many more visits, it's caused by 3 things which came together as a by-product of that January sickness. I have been diagnosed with probable allergies (allergy medicines), mild asthma (singulair, maintenance inhaler and an emergency inhaler) and vocal cord dysfunction (retraining my body to breathe). This week I successfully ran/walked 4 miles in Lebanon Hills which is not earth shaking news, the news was I ran non-stop for a mile. I have work to do as I figure things out further but I am seeing a path forward. For my upcoming marathons I will still do the run-walk as that way I can avoid (minimize) the triggers that lead to the breathing and coughing.

With regard to my work, I informed my boss that I intend to retire in March of next year. Makes the hostile work environment (caused by a single VP) we are all experiencing tolerable as I am on a countdown and working to add a few distractions. Next up is I have the UltraLoony weekend, followed by Mankato and San Antonio with a thought of running Madison between Mankato and San Antonio so I can skip the need for a long run. Followed by a family vacation to Florida in January. Well you get the idea, lots of things to keep me distracted from work.

I looked in my blog post section and saw that I have over 10 posts started (most are race reports from the Grandma's, Maui, FANS, TCM, Med City, Mill Race, Hartford, etc...). So I intend to start working my way through those, probably have said that before but this time I think it will happen.
Posted by Mike W. at 9:31 PM No comments: