One thing that I am taking away from this years Surf the Murph experience is that I need to make corrections this winter if I am ever going to make it back as an ultra runner.

I think it's safe to admit now, that each of the fall marathons were a bit more painful than I had hoped but within a few days things were feeling better so I continued to think that I wasn't doing myself further harm. During Murph the knee hurt early on and the plantar pain came later and forced me to stop at 25k. The decision to drop was a good one as after Murph, walking was painful as my plantar felt like it had been re-torn (not as bad as before but each step hurt) so I took a week off from running. I tried to run last Saturday and did get in 4 miles with Karyn. During the run the plantar was still tender so I have taken more time off and will probably not run until this Saturday. If that doesn't do it then I will probably check into physical therapy or ?. I do think that this is fixable, I just need to be patient and ramp back up carefully.

My other issue does concern me and may not be fixable but I hope it will be. Since my knee surgery, my knee has been unstable. I don't have pain normally but if I mis-step at all it wobbles or feels like it's giving way which provides pain. I also have not been able to run steeper down hills as they have been painful too. Because of these issues, I have not been able to run trails without issue. Add in the fact that I am carrying too much weight (which I know doesn't help) and it all means, I have some work to do.

So this winter, the plan will be to lose the weight, give the plantar time to heal and strengthen the knee. 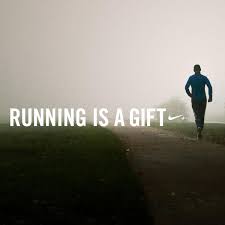 If this works great, if not then I may have to face the reality that running long on trails might be over for me.

This year I learned how much I treasure my ability to run and I will not risk losing running if the trails are my only issue. If I can run roads I will. If I can do marathons relatively pain free, I will. If I can run ultras, I will. If I can't then I will be ok with running shorter distances as I don't want to push myself so hard that I take away my ability to run. I missed too much this year and frankly too much over the last 5 years. I need to fix things this winter. I love trail running so I hoping that my winter off season is productive and that my knee regains strength to handle the torquing I experience on trails.

The lesson I learned this year is that running is gift, cherish it and protect it as you never know when it might be taken from you.