I was looking through my running log over the holidays and I was thinking about what states to do as I wanted to click off at least a couple more. I have run over 60+ marathons or beyond and have gotten through 14 states for my 50 state quest. I was also pondering what my overall goal should be for the year as well.

When the numbers side of my brain noticed something, I have also completed 44 marathons or beyond in Minnesota, so with just 6 more I could take claim to having run 50 marathons or beyond in one state. I had already signed up for 3 (Grandma's, Med City and TCM (Ultra Loony)) and was about to sign up for Lake Wobegon. So that would get me to 48, so I mentioned it to my wife and she said go or it.

I have been sick for the last week with a nasty cold so I have glanced at my options and on Monday I saw that it was the last day to enter the lottery for Moose Mountain. I debated it for awhile and thought about the fact that I still haven't been able to run trails but I have a theory that if I use running poles to take the load off the knee I would be able to do it. And I kept telling myself, what a great way to test the theory and finally run Moose Mountain. At the time, I had a fever of around 102 and I ended up deciding that entering the lottery with an unproven theory would be stupid and I did not sign up. The funny part to me in thinking about that today, in the past I would have signed up and then try to train for it and I would do it no matter what and at some point my wife would talk to me about why do you keep sabotaging yourself by doing something you know better than to do, so this tells me that I think more rationally or practically with a fever. Interesting for me to ponder.

So I am debating should I do Run for the Lakes and FANs or Afton 50k (again probably not a good choice based off my 25k race in 2016) and that way TCM would be my 50th (makes sense since it was my 50th marathon completed). Or the more logical option would be to go for Run for the Lakes or Walker and then do Mankato for the 50th. Walker would be the better choice as this would space out 3 in the spring and then 3 in the fall. 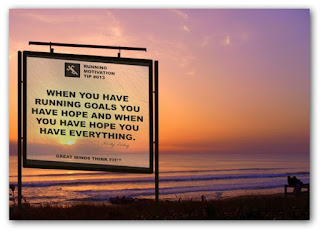 Things to continue to ponder but this is my primary running goal for 2018:


5o Marathons or beyond completed in Minnesota


50 marathons completed in Minnesota
Posted by Mike W. at 2:59 PM