I am planning on running the FANS 12 hour event next weekend and I am approaching it as a learning exercise. When I originally signed up, I did so as I thought it would be a good mental exercise for me to go through, I have never liked loop courses and this one loops around Lake Nokomis (~2.4 miles/loop) so there will be a lot of loops (I hope). I also thought it would give me a good chance to figure out my fueling as with all of the loops I can set up a lot more options than in a normal ultra.

On the fueling front, in my 50k's and my 50 milers I have struggled to maintain my energy. I used to think it was just my conditioning but I remember at McNaughton when I had energy I could run or fast walk when I did not I walked slowly. If my conditioning was the issue I should have been able to maintain a faster walk but I could not. After I took in some fuel it seemed that a little while later I would feel the energy and I was off walking fast or running until I again ran out of gas generally a short time later. So my conclusion was that when my blood sugar bonks, my energy bonks and my pace reflects it. This article on the ultrarunning site pretty much confirms my belief that I need to do a better job of regulating my fuel intake to avoid this. So the goal is to make improvements at FANS, I don't expect miracles but I want some energy after mile 2o or 25 so that I can continue to move with a purpose from miles 30-50.

So what is the plan for fuel? I have used Clif Shot electrolyte for years and tried to supplement it with Clif Shot bloks, Sport beans or various gels (my current gel product is Chocolate #9). I have had some success with this but my taste buds usually fad as the race goes on and I end up not eating anything. I know part of the problem is I don't eat early or consistent enough, at least that is my theory. In past ultra races, I have taken in at most 1 Chocolate #9, 1 Clif Shot Blok and maybe 1 pack of Sport beans during the race, as I ingest these the energy comes back but my taste buds just can't seem to continue to eat them. Back to FANS, it will be the race that I try out some new things. At McNaughton I drank HEED for the first time and it seemed ok. Since it is so much easier to find then the Clif Shot electrolyte, Karyn and I switched to it and we used it at Fargo with no issues. I also bought Perpetuem and tried it yesterday. 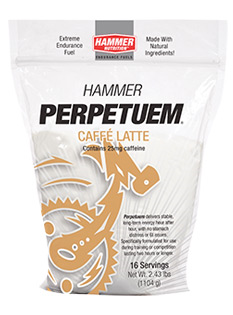 I had no issues with the ingesting/digesting but we only went 10+ miles in a little over 2 hours, not the 12 hours I will need to go for FANS but I was able to drink it during the first hour of our run without issue. Since I am larger, I went with 2 scoops of it per 1/2 liter bottle and I am using the Cafe Latter flavor which has caffiene.

We also picked up some EFS liquid shot. Karyn was reading a race post on the Granny Nanny and Old Goat's blog where he mentioned that he took in Liquid shot as his fuel and had no issues, Karyn thought it might work for me. 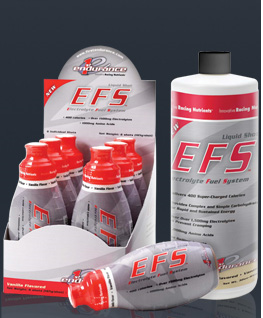 I am planning on using it either today or tomorrow to make sure I have no issues ingesting and then digesting it. If all goes well, I will have it available to supplement my other choices. So my arsenal will be the old standbys Bloks, Chocolate #9, Sport beans complemented with my new choices. My plan will be to use the new choices as my primaries but to have the old ones available in case I need them.

Oh about that mental thing, my plan is to force myself to run slower loops than I might early to help improve my nutrition intake and to make sure my legs have something left later in the day. Will it work, I don't know, I do know that the races I have gone out slow in, I usually do well at and the ones that I go out fast in, I don't. I also know that I have gone out fast probably 6 to 8 times more often than I have gone out slow. So for this race I have no race specific mileage goal that I intend to push for, I do plan to set my pace towards 50 miles in the 12 hours but will do so with slower initial loops, if I end up short of my goal as I still fad later in the race but I figure out some fueling practices I will be happy. If I make the goal but the fueling and pacing hasn't worked then I might be disappointed.

So armed with some new products and a pace plan the test begins Saturday.
Posted by Mike W. at 8:35 AM