End of the dream - DNF at LWTM

Ok, maybe the post title is a bit over the top. I sat a goal for myself to get healthy and to reestablish a marathon base by running all of the MN outdoor marathons. I was not concerned with how fast but figured that as the year went on, the base would return and times would improve. 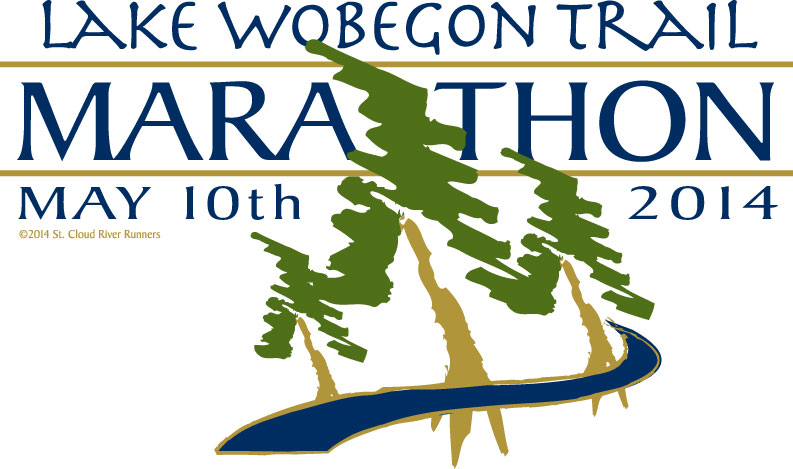 A funny thing about the goal is that I messed up the first part by tearing my medial meniscus (again) in my left knee about 6 weeks back. Using a conservative Galloway method and a cortisone shot I got through the first marathon and went in concerned but optimistic for today's Lake Wobegon Trail marathon.

For anyone considering Lake Wobegon Trail, it is a runners marathon, a nice relatively flat course, great volunteers and a low key event exactly what I love. The course was bit more enjoyable than I expected and the aid stations were often and the volunteers were very encouraging. Before every aid station they had signs with positive sayings, I love that kind of thing as it helps reinforce why I do marathons, to take on something that requires the mind to stay positive so that your body does what it's capable of.

Back to my plans for the race, I had tried to increase my running from 75 to 90 seconds in some test runs leading up to the marathon but quickly learned that was a bad idea as the pain would increase with each run-walk iteration such that after a couple of miles, well it just wasn't much fun. So the plan was to go back to 75 seconds of running and then 60 seconds of walking and hoping it would work again. 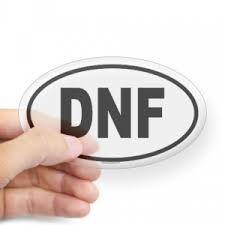 The plan worked for 9 or 10 miles but then kind of fell apart as the miles went on. I dropped at mile 18 although I had plenty of time to finish in under their 6 hr time limit as the knee pain had caused me to alter my gait such that I was having hip pain which led to my hamstring tightening up which led to my lower back tightening and as I continued to compensate both of my calves decided to whine too and I was just not capable of running and walking wasn't too pleasant either. The bottom line was I knew that I needed to let go of the MN marathon goal and to go and get the knee repaired or fixed by taking time off of running. So I will be making an appointment with an Orthopedic doctor to see what my options are. I am more than a little leery of another surgery as I am pretty sure that they removed about 1/2 of the medial meniscus in my surgery back in 99. If they remove more will I be able to run at all?

Ok, since I always over analyze things, I figured I should do it one more time, so I need to concede that today's DNF although caused by my knee, I did make a couple of minor mistakes that probably didn't help. In the week going into the marathon I did not take aleve to keep the swelling down, I don't like taking drugs of any sort and the pain was manageable but a little less swelling might have helped. I also had my run-walk app stop about 5 miles in which led to me running for probably 3 minutes and based on my previous runs any extra running more than the 75 seconds had always seemed to cause more swelling which would cause a pain increase and once it did it never decreased. I reset the phone and got the app going again and didn't think about until a few miles later when the pain had started to increase consistently and then everything kind of came apart. After mile 9, my mile pace slowed as I wasn't getting the same push off from the left leg and that's when the hip pain started. Another thing I debated doing that may have helped but I chose not to do, was to wrap the knee to try and keep the swelling done, who knows maybe it would have helped. It's also possible that none of these things would have made a bit of difference.

Am I disappointed, absolutely yes but not about the DNF or not being able to finish all of the MM marathons this year, I am bummed to have to deal with the knee. To know that if I try and run, I will have pain is not fun and I am again set up for a bad year of running. Hopefully the doctor can tell me something that doesn't require surgery or for me to stop running and I can reclaim the year.
Posted by Mike W. at 3:44 PM

Hi Mike. I stumbled on your blog when trying to find out if there is any kind of club or "maniac" program for Minnesotans to all the MN marathons. So I've been following you! The idea of doing all in one year was so intriguing! I'd like to do all of them, but over the course of several years! Anyway, I just wanted to tell you that you are very inspiring and also that I'm glad that you are going to take some time to get better! You obviously have a huge passion for running and by taking time now to get healed you will give yourself many more years to enjoy your passion. I give you huge props for setting this ambitious undertaking, and I wish you the best as you heal and recover!
Warmly,
Anna Sanchez

Thanks for the nice comment Anna, I will be still hoping to click off many of the marathons, it just won't be like I originally planned.